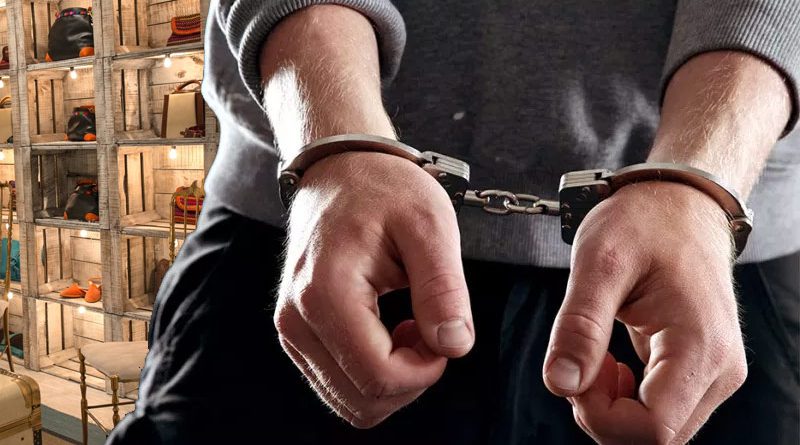 NYC government feels that criminalizing the sale of fake handbags is in their best interest. From $1,000 Chanel handbags to million dollar Rolex watches, counterfeit goods are sold everywhere on Chinatown’s Canal Street in New York City. These products replicate the look of luxury goods and are often nowhere near the same quality. However, they are a whole lot cheaper and the looks are uncannily similar. Canal Street became a destination for counterfeit products in the early 1980’s and this area of Chinatown remains just like this today.

Since the 1980’s, fake products have been smuggled into the United States in container ships. The fakes are often brought in under cleverly worded import manifest documents and they are often listed as innocuous items. They are typically noted as mundane objects, like ‘picture frames’ or ‘fidget spinners’. For the last four decades, Chinatown has become the capital of counterfeits and it attracts buyers from all around the U.S. and tourists from around the globe.

In 2008, under the command of Mayor Bloomberg and Police Commissioner Raymond W. Kelly, New York City investigators invaded multiple storefronts on a triangular block in Chinatown. The operation was to seize counterfeit goods including counterfeit Rolex, Prada, Gucci, Chanel, Coach and other brands. Together, the estimated street value was over $1 million dollars. The Bloomberg administration raided a whopping 32 stores. Police also arrested 967 people during the raid. In a news release, officials referred to Canal, Walker, and Centre Streets as a “Counterfeit Triangle”. Their claim was that this area of NYC defied the law and allegedly “lowered the quality of life”. Before the raid started, 43 undercover purchases were made in various storefronts within the triangle. The purchases took place over the course of the two month long investigation crack-down.

The NYPD also raided a Queens warehouse in 2014. There, they seized over $2.2 million dollars worth of goods, throughout a seven month long operation called “Operation Treasure Hunt”. Just hours after Mayor Bloomberg shut down an entire block on Chinatown, the Daily News had little trouble finding cheap knockoffs just a block away. Unfortunately, the city’s effort to crackdown on counterfeit goods hasn’t stopped. It has only made the search for replica goods on Canal street a whole lot harder. The only main difference now, is that it is somewhat more dangerous for customers to buy the fake handbags.

How Does Criminalizing The Sale Of Fake Handbags Place Women Buyers at Risk?

As lawmakers seek to crack down on the sale of counterfeit goods, black marketers have adjusted their approach and tactics to avoid the law. Paranoid sellers now have a network of lookouts on the watch for police presence and suspicious activity. Fake handbag sellers called ‘scouts’ approach buyers on Canal Street. Scouts walk around the area shouting or whispering “Chanel”, “Gucci”, “Prada” to anyone who will listen. Scouts guide potential customers to designated locations. Sellers show the customers “merchandise menus” and laminated pamphlets which display tiny photos of the replica goods. Buyers point out what bag they want and runners fetch the fake handbag for them. The communication is usually made through a walkie-talkie, much like a drug deal. Moments later, a different person appears with the buyers selection and the transaction is made on the street.

In other instances, scouts will ask the buyer to follow them into a secret location. A backroom, a van, or even a nearby apartment are common points of sale. For a woman shopping alone, walking into a back room or a van of some sort may impose a great risk. This is reminiscent of a movie scene in Silence of the Lambs. This fake handbag sale could be going in a similar direction. The idea of going down into locked rooms in dingy basements can be alarming to anyone. In reality, it is a risky decision and just a matter of time before something goes awfully wrong. NYC authorities may have some liability for creating this scenario.

How to Prevent the Risk

Shopping with a partner as a measure of safety, is always a good idea when buying a fake handbag. The whole process brings up a valid point of whether NYC’s policy of going after fake handbag sales is going to lead to danger and possible injury to a buyer. They are already being lead into an unfamiliar environment where they may be robbed or even killed. Scant evidence exists that the busting of the fake handbag sales operations on Canal Street actually makes any difference. This is especially true to the bottom line of the revenue of the genuine handbag manufacturers. It may be that the Mayor is just paying lip service to the genuine handbag manufacturers on Madison Avenue.

While there have been a few small victories in the battle against counterfeit goods such as the 2008 and 2012 Canal Street police raids, the illegal trade of fake goods is still alive and well. Until now, law officials have focused on catching sellers, landlords, and kingpins. The city council believes it is time to turn their focus to the buyer. They propose if caught, purchasing counterfeit goods, the buyer could be charged with a Class A misdemeanor. Some Class A misdemeanor charges include sexual abuse, criminal impersonation, and identity theft. The individual could then face a fine of up to $1,000 dollars, up to a year in prison or both. This seems overly harsh for something that is a somewhat innocuous sale. Attaching a misdemeanor to someone’s criminal record for this act, is nothing short of bizarre. Especially because there are no real victims here.

The Councilwoman who introduced the bill, Margaret Chin claims that sales of counterfeit goods deprive the city of tax revenue. She claims that the number is at least $1 billion dollars in tax revenue to NYC each year.

Chin stated “This bill will stop shoppers from coming here specifically to purchase these counterfeit goods.” Chin goes on to say “They will experience what Chinatown really has to offer. If they want a bargain, there are a lot of places in the city where they can purchase a designer bag for an affordable price. I go to these places.”

What Chin fails to state, is that she expects a buyer to purchase a genuine bag instead of a knockoff. This would be thousands of dollars more, which is somewhat naive.

The implications of arresting tourists purchasing fake handbags in Chinatown may be too much for New York City to handle. These arrests will kill NYC tourism in a New York minute. A Chinatown shopkeeper stated in regards to counterfeit goods “They’re coming here for this, this is the main attraction. No Counterfeit, No Tourists, No Money.”

Criminalizing the sale of fake handbags through Chin’s bill, was subject to hearing before the council’s public safety committee. Options varied as to whether the penalization would be an appropriate method of ceasing the illegal trade. Pundits have poked fun at Margaret Chin and have implied that she is a fool. They stated that Chin will soon be “criminalizing the consumption on Chinese food in Chinatown” next.

Should Buying Counterfeit Goods be Acceptable by the Law?

The idea of arresting or fining tourists for buying counterfeit goods is not an attractive proposition for tourism and will ultimately keep buyers away from Chinatown. Secondly, police officers and judges need to distinguish between consumers who knew they were buying counterfeits and consumers who thought they were buying a real thing. This is impossible to do with 100% certainty. The NYPD finds itself already stretched too thin. Making arrests over fake handbag purchases is really a waste of time for them. They have other major emergencies such as terrorism, murder and drugs to deal with. Placing police forces on Canal Street to arrest middle-aged women for purchasing knockoff handbags for their daughters back in Idaho seems a bit ridiculous.