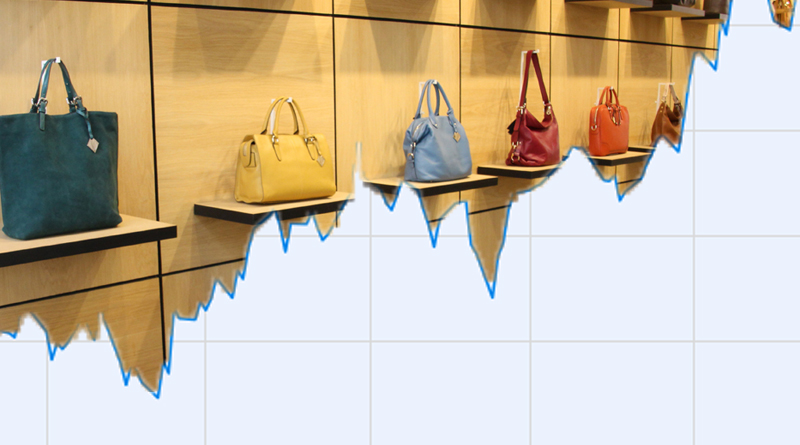 Buying a fake handbag on Canal street for far less than retail price of the genuine article on Fifth avenue in NYC is often tempting to prospective buyers. The potential economic ramifications and economic impact of buying counterfeit handbags may give the traditional buyer pause. Although, there are some conflicting reports on the impacts of such a purchase. Some news outlets put out terrifying headlines like “Buying Handbags Supports Terrorism!” to grab the readers attention. While this may be a stretch of the truth, it comes as no surprise. Designers hate the knock-off industry so much because they believe that it negatively affects their sales. So lets explore the economic impact on the United States economy of buying a knock off handbag in NYC’s Chinatown.

Some empirical evidence suggests that counter to popular thinking, genuine handbag sales may not actually be affected at all from the sales of the counterfeit versions of their own product. In some ways, the genuine product can actually conversely benefit from the sales of the counterfeit product. Which can lead to raising brand awareness and desirability. However, when the market gets over-saturated, the value of the original brand can be diluted. There appears to be a symbiotic relationship between the fake bags and the genuine brand’s value. People who buy fake handbags, know that they are fake and so do their friends. People who buy real handbags, know that they are genuine and so do their friends.

American Handbags Not Counterfeited as Often as European Counterparts

Louis Vuitton, Hermes, Chanel, and YSL are all French, while Gucci is Italian. American handbag brands do not care about counterfeits because it does not affect them. Italian and French brands usually do care very much. The reason for this discrepancy may lie in the price point of the bags. Typically, American bags are lower priced than snobby European bags. For example, while an Hermes Birkin bag can cost well over ten thousand dollars, a Coach bag of the same size and quality will rarely cost more than $400. Birkins are status symbols because of their high price point. Their luxury and notoriety allows Hermes to charge silly money for the handbag.

The highest price ever achieved for an Hermes Birkin bag was over $3.5 million, but Hermes is now considering releasing a $10 million handbag. This bag will be perfect for spoiled hags, in the upper echelons of society the world over.

The high price makes these bags exclusive to the elite, making them more highly coveted than a Coach bag. People without hundreds of thousands of dollars to blow on a handbag still want the status associated with the genuine bag. They just do not want it at the set price, which creates the market for counterfeits. American brands like Coach, Marc Jacobs, Michael Kors, and Tory Burch are much more accessible to a wider range of people at the lower price point. This makes these brands less coveted as opposed to the European counterfeits. Also, the American brands frequently go on sale. European brands would not dare to damage their brand image by reducing their prices the same way. The American brand bags are still knocked-off, only not with the same frequency as Louis Vuitton handbags.

What Technologies are Companies Employing to Discourage Handbag Counterfeits?

Some handbag companies have begun inserting RFID chips or holograms into their bags so they can be easily identified as real and tracked. A certificate of authenticity (COA) is typically provided with any purchase of a luxury handbag. However, even these can be faked.

All of these anti-counterfeiting technologies might work in theory, but in practice they can fail. The problem is, most consumers buying fake handbags in America are cognizant of the fact that their $20 handbag was not hand-made by Louis Vuitton himself. These consumers do not care if a counterfeiter hands them a fake certificate of authenticity. These Customers have gone into this purchase with the intention of buying a fake bag. Anti-counterfeiting technologies simply make it easier for law enforcement to identify and seize fake merchandise. COA’s are typically used to ensure that authenticity can be proven when reselling a product. Many consignment stores or websites, like eBay.com, may require one.

The Economic Impacts of Buying a Fake Handbag

The Negative Economic Impact of Buying a Fake Handbag

According to the International Anti Counterfeiting Coalition (IACC), counterfeiters often fail to pay sales taxes, which can amount to 8.75% tax in NYC. This means that local schools, roads, and other services that benefit from taxes receive nothing from knockoff handbag sales. Some estimate that the U.S. economy loses $20 billion a year due to counterfeit items, but that assumes that buyers would have purchased the real version, which would not usually be the case. Handbag manufacturing has moved 2.5 million worldwide jobs and relocated them to counterfeit handbag manufactures in China. However, genuinely descriptive statistics are difficult to obtain, as the connection between business losses and knock-offs are speculative at best. Causation cannot be proven, only correlations can be inferred. A number of confounding factors could be involved in the estimated economic impact and losses, making the numbers unreliable at best and guessing at worst.

The Positive Economic Impact of Buying a Fake Handbag

The book “The Knockoff Economy” by Christopher Sprigman and Kal Raustiala argues that sale of counterfeits are ultimately beneficial to the overall economy, if not the brands themselves. The authors argue that fake bags can act as a “trial run” for consumers, as roughly 40% of consumers who purchase a fake eventually buy the genuine brand when they can afford to do so. The counterfeit items act as an advertisement for the real deal, highlighting their desirability. Customers walk around owning a coveted item and can get hooked to the brand. The bag acts like a walking advertisement for the real brand.

A study by Yi Quan on fake shoe companies in China revealed that counterfeits can have a positive effect on luxury brands. Copying helps spark trends, which leads to more purchases of the real McCoy. There is an argument to be made that buying inauthentic luxury goods does not actually take away business from the original brand. As those buyers cannot afford to buy a genuine Louis Vuitton bag in the first place. These customers are uninterested in paying for an expensive bag and would never buy the real one anyway.

These consumers care more about having a bag to put items in than having a brand name bag. Therefore, a purchase of knockoff goods made by these customers does not “take away” business from the original brand. As the buyer never planned to spend money on the real brand in the first place, then no money was lost. In this sense, these particular consumers act as a walking advertisement for the original brand. This act benefits the genuine brand in question.

Weighing the Pros and Cons of Buying A Fake Handbag

Both sides of the economic impact argument make a compelling case for and against counterfeit handbags. The positive impacts of buying knockoffs are only incidental, and the negative impacts are measurable, but the statistics are still shaky. The customer must decide for themselves if the potential economic impacts are enough to dissuade a purchase. But that thought process is unlikely.